With a span of 67 or 61 inches and a height of 13 inches, the GTC-300 is an adjustable wing that means serious business. The GTC-300 3D airfoil shape allows for optimal airflow that reduces drag yet supplies an effective amount of downforce. Computational Fluid Dynamics (CFD) analysis was performed on this wing to support validation of its aerodynamic design. 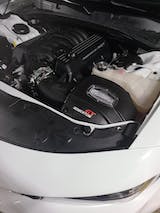